Our Dream Culture - Getting To Know Us

Warning: This blog contains footage from the archives that you'll really want to see.

One of the most common things that people ask us is about how we came to be video producers. And to be honest, we love this question. It’s an opportunity for us to tell our story, to share our heart and to pass on a little bit about why our faith has played such an important part of our story.

One day we’ll produce a video to share our story – but for now we’re busy making your videos to tell your stories– and we’re all good with that!

Andy was brought up in a family that always loved the screen. It was an important part of family life to record life on film. It is fun even now to go back through old family movies of childhood holidays and to see relatives from days gone by. In the boxes in the attic, there can even be found an original Mickey Mouse silent movie on a big ole film wheel. That's pretty special.

Although some old films seen on television seem outdated by today's standards, we must not forget the pleasure that the "pictures" gave to us many years ago when we were young and they were the premier amusement of the time. May your browse through this volume bring back many nostalgic memories of happy Saturday nights spent at the "local" cinema and a recollection of actors and actresses for whom we had great affection in our youth.

Way back in the day (somewhere in the 90s) Andy went off to Lifeway College to follow his childhood dream by studying for a Television & Media Certificate. The class of students created ads for television, promotional & safety videos and a documentary series as well as improving and honing their video skills. It was all a bit different back then. They would spend hours meticulously editing, on a linear system, video tapes for their video projects. Ah, the days of VHS.

During his time there, Andy was trained in voiceover and presenting skills by the likes of Rob Harley and Wayne Douglas who were and still are, well respected in their field.

After the course finished, Andy continued on for a few more years at Lifeway as they set up a local television station called “Family Television Network”. Andy became the news anchor and continued to learn every aspect of television life. Due to the journalistic nature of the station, Andy became well trained in how to frame questions in order to draw out the best responses from those he was interviewing.

For your viewing pleasure (entertainment) watch this short video of Andy’s early days in television. When our kids watched this they asked if he was wearing a wig.

Andy’s mid-twenties saw a change of tack. Almost by accident he ended up working in a customer services role at The National Bank of NZ. As the years went by, he worked his way up to being a Business Banking Manager which saw him working closely with businesses of all shapes and sizes. He attended courses and began to well understand what is important to local business. Time went on and Andy became Branch Manager. Throughout this time Andy used his video skills for completing presentations and honed his presenting skills through the local Toastmasters.

His time at the bank was where he made the best decision of his life – to marry the amazing, beautiful and intelligent Sarah (who also worked at the bank). Ok – yes – this is Sarah writing. Sarah’s background in banking equipped her with sound administrative and financial skills which were to be of great value as they moved ahead.

Around the time of having their 3rd child (the first girl in nearly 100 years of Galbraiths), Andy and Sarah started noticing a theme in their lives – of getting back to what you’re passionate about.

Having all but given up the dream of video production (although keeping his hand in radio), Andy started thinking about video again. He was constantly producing video presentations for manager’s meetings and testimonial videos for church so was keeping up to date with his skills and technology.

Out of the blue, a book was sent to Andy and Sarah called Dream Culture – a book which encouraged the reader to follow their God given dreams. The author lived in the States, but upon looking closely there was the distinct feeling that Andy knew the author. He soon realized that he had worked at The National Bank in Hawkes Bay with Andy Mason – who had left a successful position at the Bank in order to follow his passion of a church ministry. He now worked for Bethel Church in LA running their Heaven in Business ministry. This was indeed a significant moment for Andy and Sarah.

So after many, many God confirmations (more of which we will share with you at some point), we made the big, bold decision to leave the safety and financial security of the bank career and to launch Bullseye Productions NZ. With the boys aged 5 and 3 and a 6 month old daughter, it might have seemed a bit crazy to start a business from scratch! Some shifts opened up the local radio station and Andy got back into regular voice work. Soon enough his voice was being recognized wherever we went.

The first year of video production we made plenty of mistakes, but we were also surrounded by some amazing people who gave us incredible business advice. Several years on and we are seeing regular growth, our skills improve every day and we have an amazing team around us who each bring their own set of skills that is unique and gifted.

Now as we look back we can see how it was all a set up!

The skills learned in those early days were unique and so perfect for what we are doing now. The skills, knowledge and connections made in the bank combined with a television and media background, gave us a unique blend of skills to bring to Bullseye Productions NZ. Through it all, we are now placed in the best position to tell your stories. We know what matters in business. We know how to ask the right questions.

And for all of this, we are ultimately grateful to God. For without God, without faith, our story would not be the same. And so we continue forward “running the race God has set before us”, with great excitement – sometimes with fear and trembling, but with the unwaivering knowledge that this is what we are supposed to do.

Please feel free to ask us any questions about our story. Either comment below or flick us an email.

One Video. Lots of Ways.

Bang for Buck. Making your Video Work for You!

Health and Safety Inductions. Are You Just Ticking The Box? 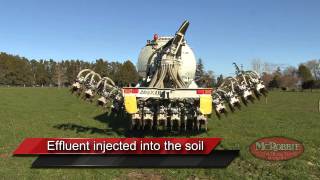